I’m not very good at stagnation.

That’s probably a much bigger problem in regard to my writing than anyone would think off the top of their pretty little head. My mind moves much faster than my typing. My will to write is tempered with the realistic notion that not everyone wants to read/experience what my monkey ass has to say. All of these things factor in to what I do, which is a drag of the Highest Order. 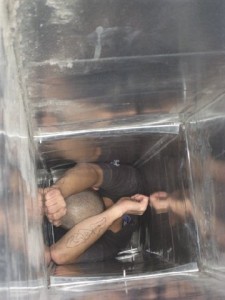 Ideas spark and arc at a rate that would be terribly impossible to document, considering that I have become rather lazy artistically over the last year or so. Getting married and trying to be a Responsible Member of Functioning Society will take the wind out of those sails right quick if you let it*. And I honestly do not have the patience to do as I have threatened over the years, and buy myself some Voice Recognition program, so that I could just dictate all of this shit into the geekbox for documentation purposes – it would take far too long for me to train the damn thing to grok all of my verbal idiosyncrasies(not to mention my extra-special way of butchering the English language).

*I am certainly not blaming The Wife for this current Blockade of Artistic Endeavors – she’s been as supportive a woman as any man could hope to have at his side. It’s just that the systems I always had in place to ensure the relief of my own artistic tension have been buried underneath a mudslide of day-to-day grind shit. Goddamn you, responsibilities!

I keep on trying to figure out which direction I want to take this shit. Do I keep on spilling out the crazy stories from my life, or do I start unloading all of my ideas about the socio-politico and economic bullshit we’re all about to endure on a global scale never before seen? Do I break open the bones to get at the marrow in the middle of my own demons? Do I stop with the ridiculous shit and just start writing about sports(Goddamn, there are some really shitacular sports sites out there, you know?)? Music(would anyone even follow/read a site containing my views/ideas about music?)? Do I shut the whole horrorshow down and start some anonymous site that can never be traced back to me?

The Wife thinks I need to go see a Life Coach, or someone similar who nudges artists along and helps them break down the walls that get put up. I think she might be on to something – it’s not like I have anything to lose by checking into something like this. And it sure beats sitting here trying to force myself to stay committed to coughing up shit that isn’t what’s truly on my mind(or stuck in it, as it seems to be more often than not). I know that a lot of this is just me decompressing from being a workaholic asshole who has spent the last two years working eighty hours a week – putting everything that mattered to me behind a motherfucking job. Now that I’m not working that gig anymore, I should probably allow myself some time to reflect and regain my magical powers. But patience isn’t something that I have abundance of(when it comes to myself, that is – I got mad patience for people I love).
Hell, I’ve even considered taking some motherfucking writing classes, to see if that’s the push I need to get the ball rolling again.

I suppose the best thing for me to do, is keep my mind open to this shit. To try and force this would be really retarded – I’ve been through this before. And really? 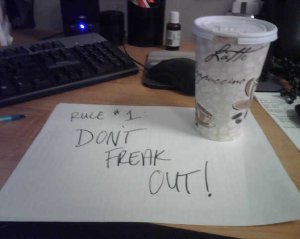 I probably just need to have something happen to me that really pisses me the fuck off, and that’ll blow the roof off the fucker right quick-like. 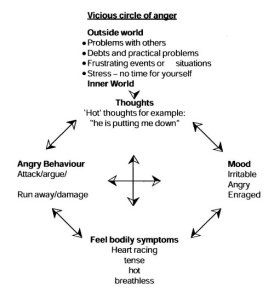 Filed under laziness, nuggets of infinite wisdom, who is sean?