I’ve been in a feisty/bordering-on-foul mood for a couple of days now.

It would be far too easy for me to blame my mood on this over-reacting bullshit in regard to Hamthrax/Snoutbreak/Aporkalypse Now, but I’m not going to lie and say it isn’t hilarious and maddening to see fucking losers riding the subway with their little “protective masks” on their mugs. I like to sidle right on up next to them and start coughing violently, just to elicit the cheap thrill and also for the adoration of the rest of the crowd that isn’t panic-stricken. 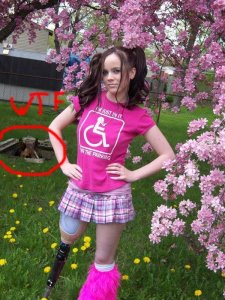 Stress-relieving amusements like this help a bit. My record streak is 11 Perps picked in a row. Maybe the former junkie in me still has that Magic Eye after all? 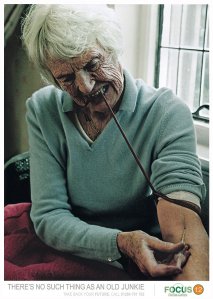 This is the part of this Ramble where I whine and bitch – so, if you’re not like, into that, stop now and go to the pretty picture at the bottom instead. You’ve been warned…

I’ve been reading a lot of sites lately. Trying to see what all this “freelance writer” bullshit is all about, and I have to tell you – it really just comes off like motherfuckers are getting paid to get their Nerd on. I’m all in favor of it, don’t get me wrong. If some music site decided they wanted to throw me a bone and have me review records, I’d be a gleeful little schoolgirl for the rest of my life. For real.

But I guess the part that boggles my noodle is that I read a lot of people who I know in MeatSpace, and they do not sound like themselves at all. As an avid observer of human behavior, I find that people who create “art” that differs from their everyday personae (definition 5, suckas) are usually people who are afraid to upset or offend people. And me? I think that’s just pointless bullshit, and I’ll tell you why –

Anyone can write. Anyone can pick up a guitar and write a song with four chords in it. Anyone can stick their hand in a jar of Skippy, smear that peanut butter goodness on their junk and take a camera phone picture of it, and call it pornography. Anyone can buy some spray-paint and tag up an empty wall. Anyone can learn how to program a geekbox. Anyone can bake a cake. Anyone can sit naked in a litterbox while blaring techno in a gallery and call it Performance Art. 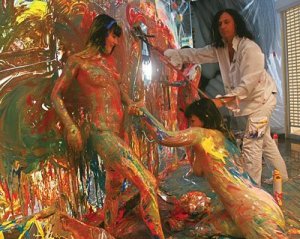 Basically, I am a bitter and angry man lately. I get so chapped at the thought of not doing what I’ve always wanted to do, that I get pissed off that there are some people out there who are doing it. And that’s not necessarily a healthy way to deal with my issues. My issues are simple: I’m paralyzed whenever I get what it is that I want. Any time a band I was in got within sniffing distance of a record deal, I bailed. Any time someone wanted to take some of my writing and publish it, I’d either force them to publish it under a fake fucking name, or I’d bail. Hell – even back in High School I would bail on motherfuckers all the time, because I never wanted to disappoint anyone.

This is a pattern that needs to change, and change quickly. I do not want to be one of those old fucks who is on his fucking Death Bed, and whimpers out “I sure do wish I’d followed my *sniffle* heart.” Because I know that anyone who would be up in that room with me would fucking laugh their head off at me, for running my mouth nonstop about wanting to do something and not sacking-up enough to take that shot at it. 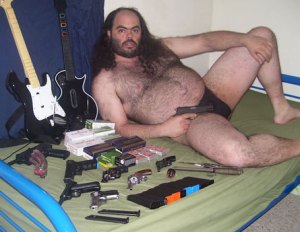 And I honestly wouldn’t blame them one fucking bit.

Although, I have yet to pass up any opportunity in this life to possibly offend someone. That is some shit I am goddamn qualified for. Here, I’ll prove it – 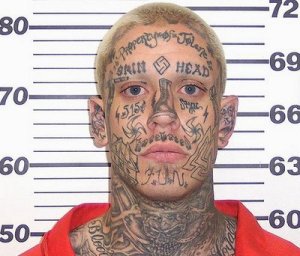 I am so fucking tired of trying to be cool to people in the hope that they’ll do me a solid and hook me up with the people they say they will when they stroke my flaccid cock and tell me I’m a “good writer,” and I should be getting paid to do so, all while I have nothing to show for it other than their half-hearted and equally flaccid accolades. Seriously.

I love all y’all, but let’s get on Front Street here, and admit that it’s High Time I put my money where my mouth is, and stop banking on people’s kindness. Basically, I’m telling y’all to stop stroking me and force me to make a move my damn self.

Anything less than that would be some fake “art” shit to me, anyway.

Here is that pretty picture I promised you:

Filed under dumbassery, i'm still an angry motherfucker, kentucky waterfalls, laziness, nuggets of infinite wisdom, sean likes to curse and use italics, who is sean?

3 responses to “The Paper Tiger.”