Burning The Altars(Part 3 In A Series Of Spiritual Misadventures)

Time to re-engage all of y’all with my Spiritual Misadventures series. I know it has been many moons since we’ve visited this part of my life, so if you clicky that linky(Part 1 & Part 2) you can revisit the earlier installments and bring your ass up to speed…

The group of us were sitting around Rev. Sassypants’ living room, sipping on coffee and chainsmoking our misguided little lives away. He had made mention that dinner was going to be traditional French-Canadian holiday-type fare – meat pie and beets. I was pretty hungry, not to mention a wee bit HIGH from all of the incense that was used in the earlier Mass, so I was down to eat whatever. 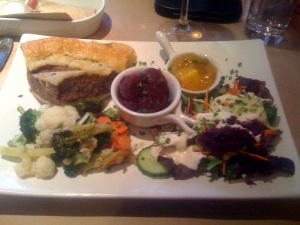 Cindy, the employee of mine who had invited me into this entire exercise, was trying to explain to the rest of the group what it was like to work with someone like me on a daily basis. It was pretty funny to hear her regaling them all with tales of my workaday doings with the ragamuffin staff I had working over at my little restaurant. She spoke with a slow Southern Virginia drawl, which elongated and added breadth to words that were normally terse and concise – and that kind of shit is always instant comedy to me, being a Yankee and all that.

Scanning around the rest of the group, my mind made with a quick stereotype inventory – there was Cindy, the older, lost and lonely former Catholic who had pretty much nothing in the world other than her jobs(during the daylight hours, Cindy worked as a press operator for a printing company that I had once interviewed at, only to find out that all of the cats that they had working in the Pressroom were all ex-felons – thankfully, they didn’t hire me – although I still have no idea how she survived in that environment). 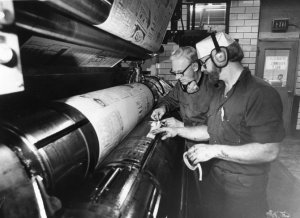 There was Moustache McGhee, the good Rev’s trusty sidekick, who looked like he had escaped from being a member of The Orphans from The Warriors – shifty and rat-like in his movements. Part of me wondered if he and Rev. Sassypants were lovers because of the way they communicated with one another without speaking. I soon came to find out that The ‘stache had been rolling with the Rev for fucking years, and that made sense to me – motherfuckers in close confines will always develop that preternatural communication skill set after enough time in the saddle together. I kept my one good eye on The ‘stache, as he set off all kinds of alarms in my head. Did. Not. Trust.

There was a younger, almost waif-like girl in the room, too. Her name was Heather, and she immediately came off as one of those girls who was afraid of not only her own shadow, but like the kind of girl who cries herself to sleep at night while listening to Loveline on the radio. In my head, the dots were already connecting that Rev Sassypants was going to try and push this poor girl off on me, even though one of the first things Cindy told me on our drive over there was that Heather had a boyfriend who was currently incarcerated for some shit that would have him out of the picture for a few months, but that he was usually a regular at these meetings. She was totally the Ally Sheedy in The Breakfast Club of the group, sneaking looks at me from behind her muzzle of curly bangs and pouty, too-bitten lips. 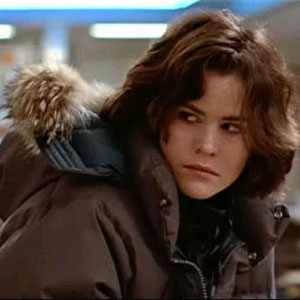 The other two people in the room were pretty inconsequential, as neither of them regularly showed up after that night. One of them, an older German woman named Greta, supposedly told the Rev that she was pretty sure that I was “willing her not to be there any longer” with my presence. Whatever. She was probably overcome with guilt every time the Rev mentioned me being a Jew, since she was old enough to have probably been around during the fucking Holocaust. 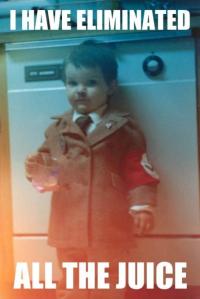 Cindy is wrapping up her Tales of Brave Sean riff, when the Rev informs everyone that we’re going to all take part in dissecting my secrets and delusions, and that everyone will have a chance to ask me questions about my life and about who the fuck I am.

“Now, everyone remember – Sean is a guest here, so let’s not get too personal and scare him off, okay? Give the young man a chance to feel welcome before we really start digging!” – the Rev is in fine form at this point. I just watched him pour three fingers of Scotch into his coffee, and he had given me a sly little wink when he caught me peeking at him. We were already BFFs.

I’m not the kind of cat who shies away from answering questions from people – never have been. I kind of pride myself on always being “an open book” type of humanimal. But I have to admit that I was a little nervous when they started bombing me with queries about my life. I mean – how would any of you react if you were in a room full of oddball strangers asking you shit fifteen minutes after rolling through a High Mass in Latin?

It started out innocently enough, with questions about my upbringing, my family, where I grew up and all that type of standardized getting-to-know-you shit. As soon as I let my wall down a bit and relaxed, figuring that this was going to be the level of questioning and my initial fears were stupid as per usual, Reverend Sassypants dropped The Thermonuclear Ordinance on my monkey ass.

“When do you think you’ll forgive yourself for wasting so much of your spiritual energies on hating ‘The Church’?” 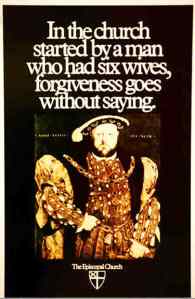 I quickly glanced over at Cindy, and I know the way I moved in that moment probably came off as accusatory, because she looked white as fuck. Spooked. I felt like she had let the cat out of the bag, and told the Rev all of the shit that came rolling off my tongue about wanting to “burn all the Churches to the ground,” so that people would stop hating and being exclusionary – because that was pretty standard Sean-speak after my mother passed away, especially considering the way I was treated by certain members of my family who were chin-deep in the Church. I felt angry and ashamed at the same time, which was nothing new to a Bungler like myself. I tried to reassure Cindy with a smile, but I could tell that my snap movement had hurt her a bit. 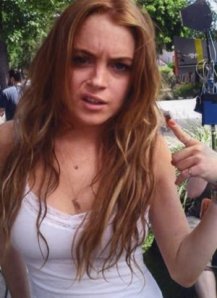 “I don’t hate ‘The Church’ so much – I just hate how so much blood has been shed under the banner, how many families have been divided by faith. It pisses me off that people cannot just accept the fact that we’re all going to die at some point, and acting all High and Mighty about ‘my way is better!’ is just a waste of fucking time.”

All of the air is being sucked out of the room. I feel like I am shrinking. Getting tiny. Amber hue to all the lights. My cigarette feels like it weighs a ton. My legs feel tingly. Fuck. 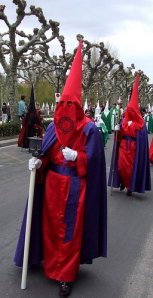 Reverend Sassypants kind of tents his fingers around his mouth, taking in a deep breath. He looks from set of eyes to set of eyes across the room. He slowly pulls a cigarette out of his pack, turning it in his fingers before he lights it. He takes a deep drag, and he looks right into me.

“Sean. Your mother knows. She understands what happened, and she is not upset with you. You did what you had to do. Deferring to your Aunt and Uncle, as much as it hurt you at the time, saved your mother a ridiculous amount of stress before she passed away. It hurt her to know that you weren’t treated fairly, but really? What were you going to do? Your anger – really, your own righteousness – pushes everyone and everything away from you. You burn hotter than The Sun when you’re filled with that anger. With time, and understanding, you will learn how to harness that amazing power for something much more important than fighting with people who are sleepwalking through this physical realm.” 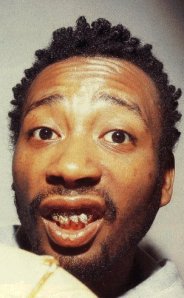 I couldn’t really say shit. The man was dead on correct. I could feel how right he was. I just sat there, like a lump, everyone’s eyes on me, waiting to see if I was going to pop or not. The Reverend reached over and put his hand on my shoulder again, this time much more gingerly.

“Okay. Enough about Sean – tonight, we’re going to be watching one of my favorite films of all time. The gorgeous and criminally under-rated Kim Novak in Hitchcock’s Vertigo…”

Filed under dumbassery, nuggets of infinite wisdom, the spiritual misadventures of sean, who is sean?