"My Arts Is Crafty Darts"

I know I’ve been neglectful, you lovely motherfuckers. I’m not gonna front – I’ve been deep in the recesses of my mind, working on new and twisted magic. It’s not you, it’s me. 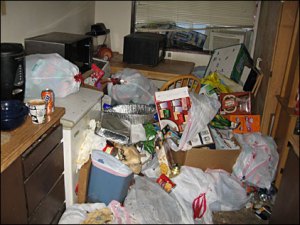 Things ’round here have been more than interesting. We pulled up stakes and moved out of Childrensburg, 11211, and into the lovely greenery and Nazi Runes of Little Warsaw, 11222. We’ve been over here since mid-July, and other than one really bizarre and terrible incident – it has been quite nice.

Part of my neglect of this here site, is due to my sudden(and quite alarming) ability to write Real Shit lately. Not that The Rambles aren’t an important part of maintaining my psyche – they totally are. But I’m talking about writing of a Higher Caliber. Like, the type of writing that you feel so empty and spent from coughing it up, that you have to go outside for a long and contemplative walk with just you and your damn self. The kind of shit that flies off the fingers as weight and pain leaves the body. Synergistic and fluid. Magical Work, if you’ll indulge me. 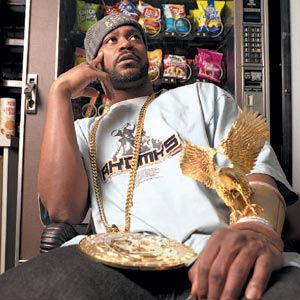 This new and Magical Work was inspired, to a degree, by me finally getting off my ass and taking a little writing course taught by Stephen Elliott a few weeks ago. Now – the class was great on many fronts. On one front, it was good to be in a room with a bunch of other “writers.” I’m not saying anything with a negative connotation when I say this, but I did not feel out of water like I thought I would. If anything, I felt a little bit empowered, listening to the queries and thoughts being brought to the table by my peers in the room, finding myself nodding my head in concert with the wisdom Stephen was kicking out to everyone. I’d say a good 89% of what he was talking about was already in my wheelhouse, and that the majority of what was being shared was confirmation for me that I am “doing it right,” as Ty would say.

It was a good thing for me to do, and I plan on taking some more courses and going to some workshops here in the fall. No sense in messing with momentum, you know? 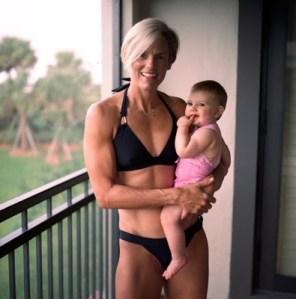 Last Friday night was a rough one around here.

I had run to the bodega on Manhattan Avenue to go and get us some smokes and some beverages. It was roughly 10:30 or so, and as I was walking back into our building, there was a gang of young and ridiculous-looking kids in their early twenties in the lobby. Most of them actually looked like they could possibly be even younger, maybe even High School age.

I did my polite thing, and excused myself as I dug my keys out to open the door to get into the building. A lot of the kids were holding half-racks of beer, and I could very clearly smell that magically pungent scent of fresh marijuana coming off of one of the kids – he probably had an ounce or so on him, from what my sniffer was telling me.

Not only a party, but the kids throwing this shindig live right underneath us. 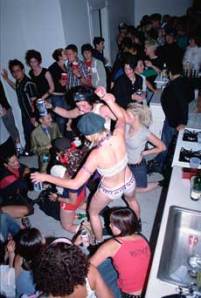 You see, part of why we moved over here, and into this specific building, was to get away from this type of dickery. Motherfucking kids these days have this false sense of entitlement, and think they can just do whatever the fuck they want with no regard to anyone within their surrounding vicinity. I’m sure a lot of you are thinking – “What the fuck, Sean? You used to party like a lunatic when you were younger, you hypocritical bastard!” – and you’re not wrong about the partying part. What you’re wrong about is lumping me in with these little nogoodniks. I was always respectful. We always let our neighbors know if we were going to have a few people over. And usually, they were much more apt to not get bugged out by some loud music and pot smoke if we let them know beforehand.

It’s just the right thing to do. Period.

But that’s just not how these New Jack Fuckstains roll at all. They tune out the rest of the world much in the same manner they tune out everything else when they’re high in their room, dicking around on a fucking gaming system until daybreak. As the artist formerly known as Blognigger so verily pointed out this week(and I gotta be honest and say that I fucking HATE linking to SBTVC and all the mouthbreathing “I’M SO MUCH COOLER THAN YOU!” bullshit that goes on over there, but BN is my friend, and I liked this post a lot, so fuck it) – kids are just fucking terrible nowadays. 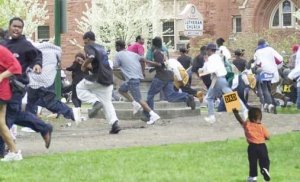 Fast forward about an hour and a half. I’m sitting right here at this very desk, trying to get some Magical Work done. All of a sudden I hear a bunch of shit from up on the roof. Little bastards were up there, getting their drink on.

Goddamn it, I was pissed the fuck off.

See, the OTHER reason we liked this place so much, was because nobody was going to be living above us. We’re on the top floor, and for good reason. At our last place, there were these fucking junkie slobs who lived over us.

Now – when I say junkie slobs, please erase the picture of gutter punks or Robert Downey Jr in Less Than Zero out of your pretty little mind. The kind of junkie slob I am referring to here is a breed of junkie that would fascinate Larry Fucking Clark. I’m talking about the kind of junkie that will be outside in subzero temperatures at 2:17AM, trying to put on new brake pads on a car that has no business whatsoever being on the road to begin with. I’m talking about the kind of junkie who goes out and buys a used portable clothes washing machine, because they’re too fucking lazy to go do laundry like a respectable Brooklynite, and said washer floods their apartment. On Christmas Eve. And then causes the people below them to have their ceiling collapse and rain down upon them in bed. That’s the kind of junkie slob I’m riffing on here. 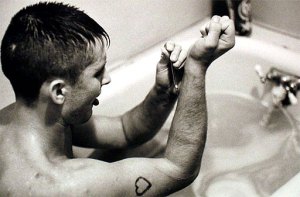 Oh, hello – why yes, it DID rain on my head on Christmas Eve!

So – that’s a big part of why we loved this new spot so much. A quieter hood for sure, but also a lack of disrespectful assholes surrounding us. This building is full of families and older Polish people. Hell, when we first moved in, everyone was eyeballing us, hoping we weren’t crazed Party People.

I decided to go out into the hallway, and let these kids know they just shouldn’t be up on the roof. It was bad enough that they were running around the halls, slamming doors and being loud as fuck. I wasn’t going to sit in here and listen to them stomping around over my head all night. I pay far too much rent for that shit. 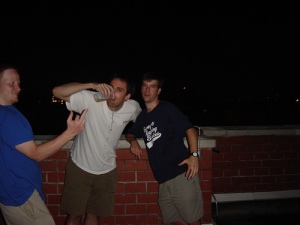 As I walked out into the hall, a group of them were heading up the stairs to the roof. This is the exchange that followed, pretty much verbatim:

Me: “Hey. Hey! Y’all should not be up on that roof.”
Some random fuck of a kid: “Is there going to be a problem?”
Me: Cold stare.
Kid: “Are you serious? We shouldn’t be on the roof?”
Me: “Five stories is a long drop, ain’t it? There are families that live under the roof. Kids. Little ones. Please be respectful, or I won’t be.”
Some random drunk girl: “FUCK YOU, ASSHOLE. WE CAN DO WHAT WE WANT!”
Kid: “Look – we don’t want any trouble. We’ll get off the roof. Sorry.”
Me: A grin and a wink.

After that, I heard them all scurrying back down to the third floor, where the party was. I could hear them yelling in the apartment about “some asshole covered in tattoos made us get off the roof,” and I felt somewhat better about myself in that moment. They continued to be loud and ridiculous, and I continued to sit here, trying to get some Magical Work done.

I could hear them up on the roof again, maybe around 1:30AM. I figured I’d already said what I needed to, and kind of hoped that one of the older residents in the building would call the police soon, to break up the stupidity.

Around 1:45 or so I heard what sounded like the loudest slam of a door since my terrible teen years.

Less than ten minutes later, I could hear the police, admonishing kids left and right. I even pulled a total Old Man Move, and looked out the peephole in our front door, and could see cops walking kids down the stairs from the roof.

I felt pretty vindicated and went to sleep.

The next afternoon, after we had brunch with a friend, we came walking back over to the building and noticed a lot of our neighbors standing out front in a group, talking. As we walked up to them, we were informed that a 22 year old kid had fallen off the roof to his death.

What I thought was a door slamming, was this poor fucking kid.

He basically fell six stories. From the roof, which would be the fifth floor, all the way down into the courtyard, which is recessed from the street level. He was dead on impact – a beer can was found less than two feet from his body. The superintendent of our building was in the courtyard, trying to wash away all of the blood from the scene. It was terrible. There was still brain matter on the ground and some of it was spattered on the outer wall of the building. I asked him for some bleach, and I helped him wash away the stains.

I have never before in my life felt more terrible about an “I told you so,” as this one.

This building has been as quiet as tomb ever since.

“Not necessarily stoned, but beautiful.”